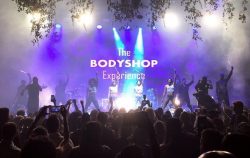 Miami, FL-The Bodyshop Experience (TBE) is an adventure that turns street dance, busking and graf-art into high art. It’s a dinner show that captures the soul of Miami and the absurdity of the city’s iconic superficiality. TBE will be opening its doors for the first time to press and VIPs at an exclusive sneak preview at 9 p.m. on March 23, 2018 at its new venue, 318 NW 23 Street, Miami, FL 33127, in the Mana Wynwood Complex. Doors will be open officially to the public on March 24, with the show scheduled to run for four consecutive months before the show’s creator scraps it to bring his next artistic vision to the stage.  For tickets to TBE and more information go to www.thebodyshopx.com 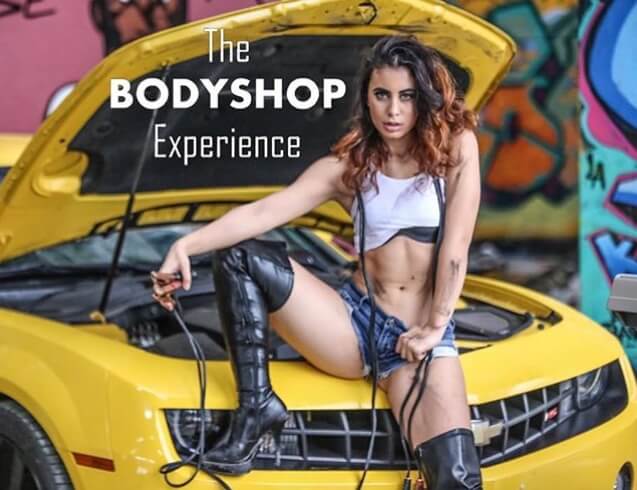 Sover Altan, the visionary mastermind behind the Broadway-styled extravaganza hopes that his latest creation will elevate the city’s cultural performing arts scene. He is credited with creating over 35 musical and big stage productions in his native Israel as well as choreographing and directing iconic shows like Peter Pan and Peter Pan as well as “Dancing With the Stars (Israel)” and “So You Think You Can Dance.” Over the years Altan has worked with some of the world’s most renowned choreographers.

It is this long list of accomplishments that impressed developer Moishe Mana prompting him to bring Altan to Miami, adding him to the impressive roster of reputable artists curated by Mana over the years as part of his ongoing effort to put Wynwood on the international map of art and culture.

Atlan, now a resident fixture in Miami’s elite lifestyle arena has once again pulled together an outstanding international team of world renowned choreographers, production specialists and nightclub gurus including, COO Zvika Schwartz, a known nightlife figure in Tel Aviv,  who has owned of the several of the city’s hippest nightclubs and Julia Tassy, a well known production specialist, to help him realize this extraordinary production.

The Bodyshop Experience, which has chosen as its venue a converted industrial car garage in the heart of Mana Wynwood, combines dinner with some of the best performance artists in the world taking to one stage. The mix of talents includes dancers, musicians, animators, sound engineers, graffiti artists, acrobats and more, who will take the guest through a raw and rhythmic explosion of movement and pulsating beats that promises to captivate, provoke and engage the audience like no other show.  It is a  truly unique and interactive show that spotlights the universal grit of everyday urban life turning it into a glimmering production about harmony and dissonance of the the streets of the Americas: their sound, their rhythm, their art and their soul. Add to this the hottest after party in town, what’s not to be liked? TBE is headed for a most successful run. Don’t miss the opportunity to see it first!

An Exhibit that Will Awaken Your Inner Child
Scroll to top